on March 29, 2018
When I first heard of Mindball, the first thing that I thought of the was the classic 80's game Marble Madness. I have great memories of playing Marble Madness on my Commodore 64 trying to get that marble through the course, however Mindball is not Marble Madness, not even close. 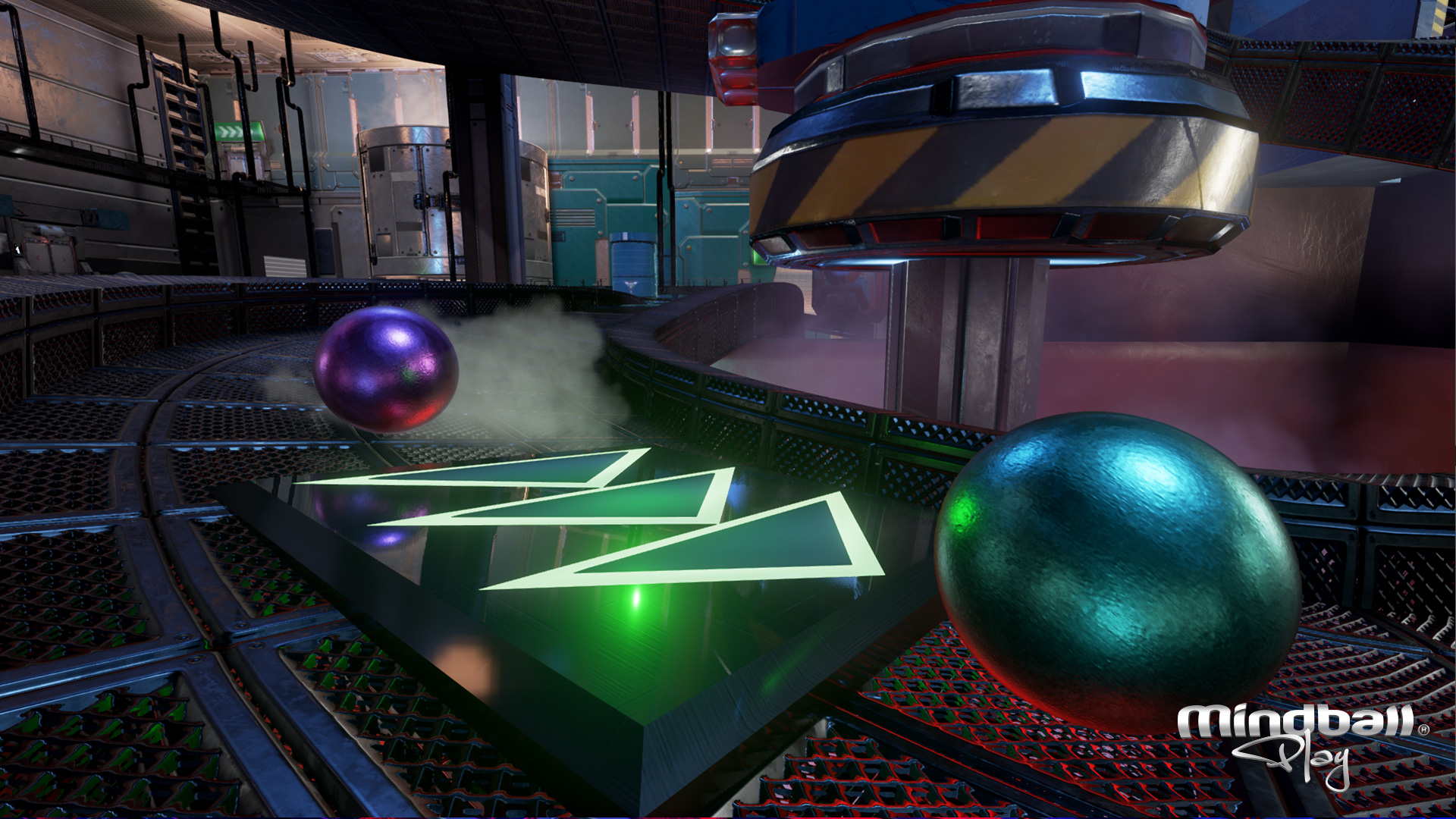 When you read the steam page for the game there is a section that asks "Why Mindball?". It goes on to say that "millions of people have wished for their own Mindball - a game where you move a ball with your brain waves!" That got me intrigued so I dug a little deeper to see what millions of people were talking about.
Interactive Productline  is the developer of  Mindball the video game. They are also the makers of MindBall the interactive table version. In the table "home" version two players sit at a table, strap bands around their heads and try to move a ball on the table with just the power of their minds. Basically the game uses EEG technology which lets players move the ball by being in a focused and relaxed state of mind. The player that is more focused and more relaxed will move the ball into the opponent's end and win. The only draw back is the average family isn't going to buy this for little Johnny next Christmas. A full MindBall physical home game is going to set you back at $14,982.

Now here is where Mindball the video game comes in. Mindball is on steam in early access. It is a game about moving your ball through a course trying to achieve the best times. To control your ball you can use a keyboard, gamepad or even a brain sensing headband (they sell them on their site). While the physical version of the game promotes staying relaxed and focused, the video game version makes that very hard.

Thanks to the Interactive Productline Team I was able to give Mindball a go. I don't have a brain sensing headband, so I was limited to using the old keyboard and a gamepad. Once you have chosen the input method, Mindball gives you a couple different ways to play the game.
In single player you can either play time trials or you can create a custom race.  Custom races allow you to play any of the tracks with computer AI and pick ups (more about those in multiplayer). I didn't spend much time in custom races because if I was playing solo I found it much more enjoyable to race against time. In the time trials you are racing against the clock, your goal is to master the course and have the best time. You are awarded stars for how quickly you complete the course but the true battle is going against the online leader boards. The leader boards are shown before and after each race along with your own time but if you want your times to be shown to other players then you will need to sign up for a Mindball account. 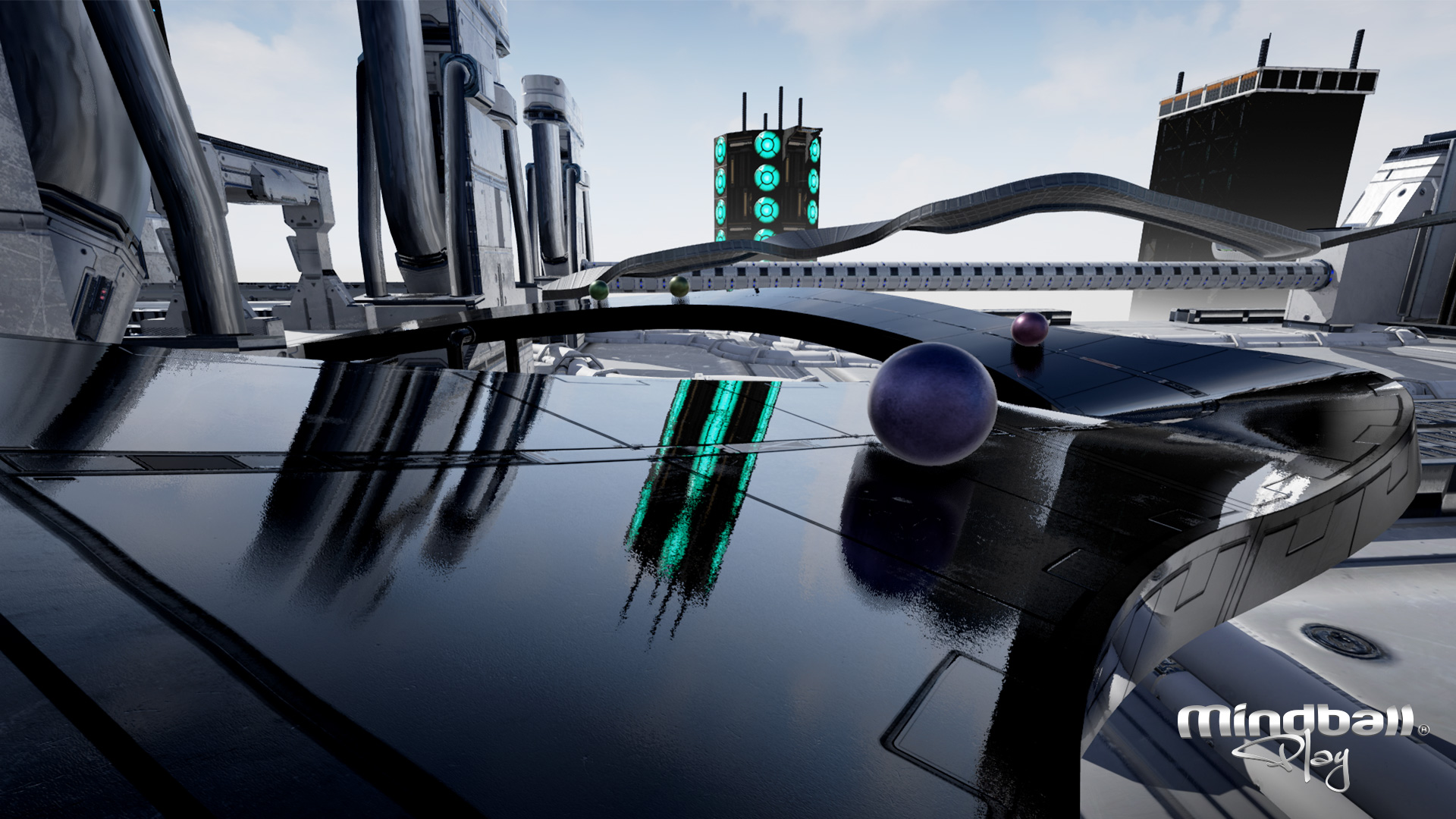 The other way to play Mindball is through Multiplayer, and honestly this is where this game shines. You get three options in multiplayer. There is online, LAN, and split screen. I couldn't test LAN or online multiplayer as I only had one copy of the game and whenever I checked for an online game there were no matches found. So my experience with multiplayer was limited to split-screen but that was not a bad thing.  Multiplayer is where the game becomes a little bit more like kart racing games you might be familiar with. You choose which course you want to race on, choose if you want computer AI and then choose if you want pick ups. The pick ups are like power ups that you roll over during the race and use to either slow down the other player (ie, oil slick, lasers) or boost yourself (speed boost). This adds another nice layer of challenge and fun to the game.
The game gives you 11 tracks to choose from in either single player or multiplayer. They range from colourful and fun (laser control) to boring and bland (Solar). So I found myself trying every course at least once but only coming back to a handful of the courses that I found interesting.With that, each course is unique in the way the track is laid out and the challenge it offers.
That is a brief overview of the features Mindball has so far. So how does it play? I played the game in both singleplayer time trials and in multiplayer split screen. Either way I found the game a to be fun and a challenge.

To help with some of the challenge I recommend using a gamepad, even then it is hard to stay on the track. I found the ball gets rolling very fast and you almost have to have the course memorized or you find yourself crawling along so you don't roll off that next corner. Also when you do happen to hit something, it feels like hitting a brick wall every time and your really lose momentum. When playing with my son I asked him if he liked the game. He said "yes I do but I wish there was a way to stay on the track easier".
That's the thing with Mindball you will fall off the track, a lot. I guess that is the point, to make you a better player and increase your times. However when playing, especially in multiplayer, it isn't any fun, when your knocked off all the time due to a pick up or you keep sliding off that that same corner. I am not a game designer, but maybe if  difficulty levels were added. Where the base level would allow the ball stick to the course and let you concentrate just on racing and having fun. Then having the option to increase the level of difficulty that would then kick in the more realistic ball physics for veterans and people wanting to boost their skills. 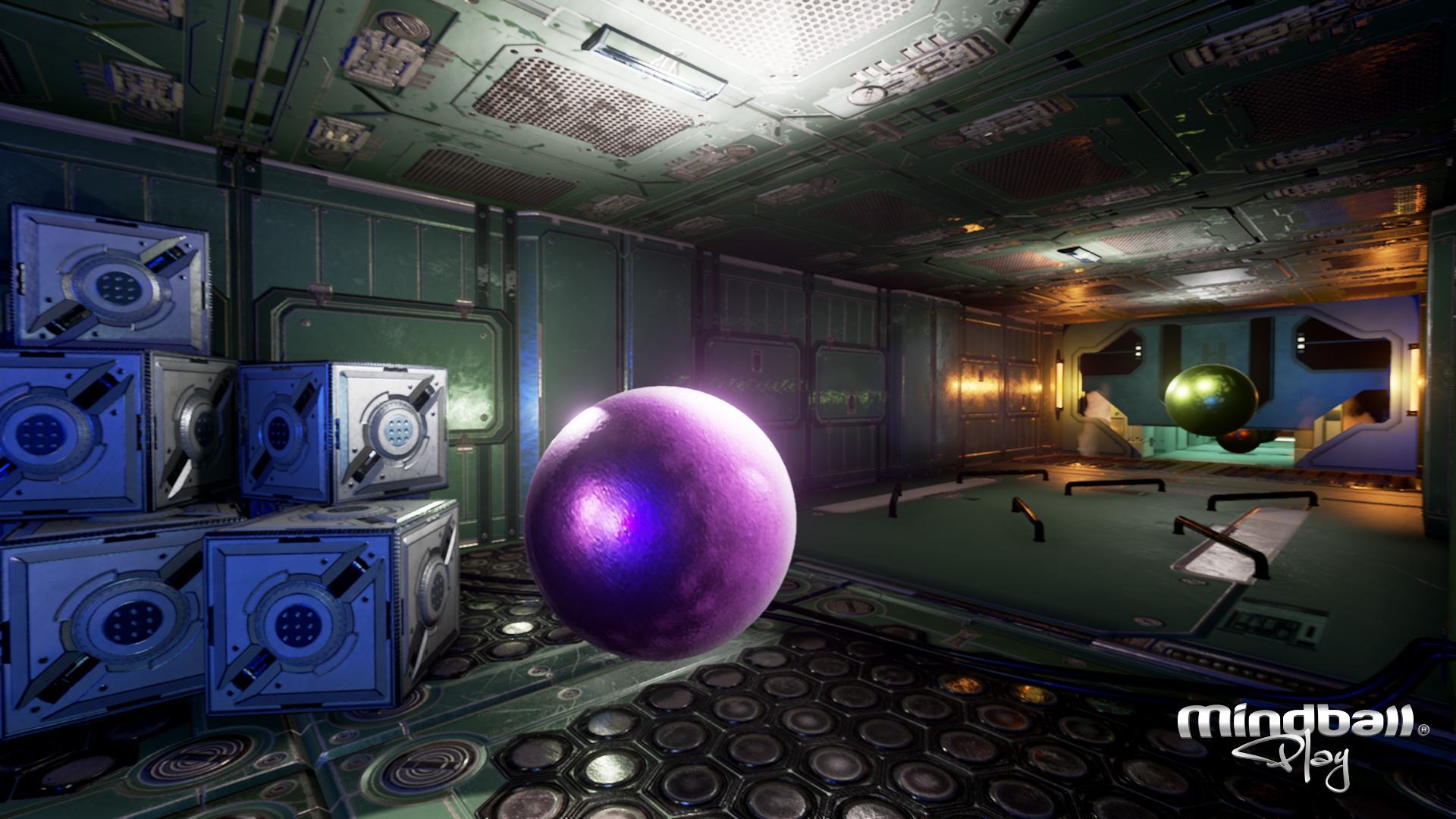 Overall I enjoyed my time with Mindball. I had fun with the time trials, looking at the leader boards and thinking how in the world did that guy get 47s on Base Race when my best is just over a minute. However the multiplayer was the most fun. Being in the same room as my son trying to beat each other to goal line, yelling and laughing the whole time. That is where Mindball will make it's mark. If they can release more interesting tracks with colour, character, and in locations other then outer-space and warehouses. Also giving the option to make  it a bit less hardcore for people who just want to roll around and have fun.
The good news is the game is still in early access on Steam and it is under $8 CDN. The developers are looking for feedback and want to implement what players are requesting. They have even posted a bit of news that a campaign mode is coming to the the game. I recommend you check it out now while it is cheap, grab a couple controllers and get the whole family trying it out. 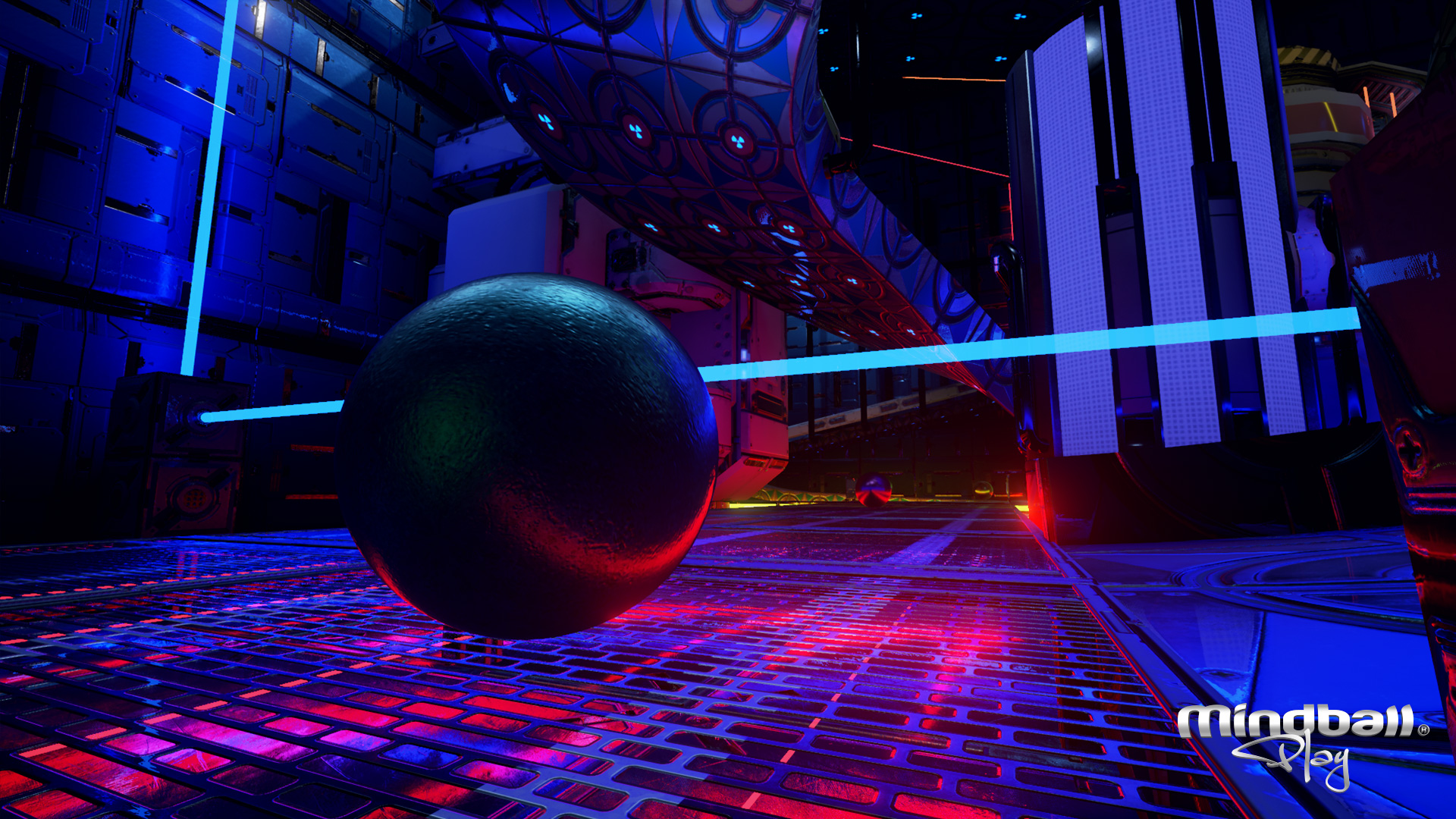 Have you played Mindball, the physical version or the video game? What did you thing? Post a comment below!